After two weeks on the run, here we are writing about open source software. Today we talk about OpenVZ, a program for the virtualization in the server.

A virtual private server (commonly VPS) is nothing more than a server connected to the Internet. Unlike a normal server, that is, a machine that actually exists and that has a cost of maintaining high enough, a vps is a server shared with other users. In other words, is a way of dividing a physical server into multiple computers independent of each other.

A technology that allows to have a server internally divided into more virtual environments independent. Obviously the costs are spread over all users.

Of course, despite all the precautions you can take to security the server, remains impossible to avoid security flaws, then the safest choice for a client particularly demanding in terms of safety is always the purchase of a dedicated machine.

OpenVZ is a convenient and simple program which is licensed GNU GPL, (then open source) for virtualization environments under GNU/Linux. As explained in the General Notes on the official site:

OpenVZ is the system at the base of Parallels Virtuozzo Containers, the commercial solution offered by Parallels.

To test the product developers provide a live CD containing a distribution GNU/Linux with OpenVZ installed by default. Below is a screenshot. 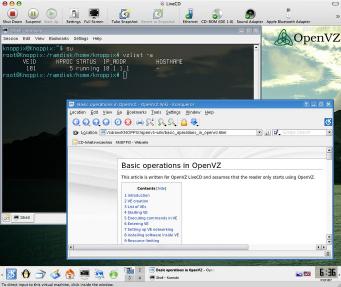 Clearly, as with all open source programs proliferate tools for the simplification. MTC-web-panel is a web tool suitable to administer their own OpenVZ. 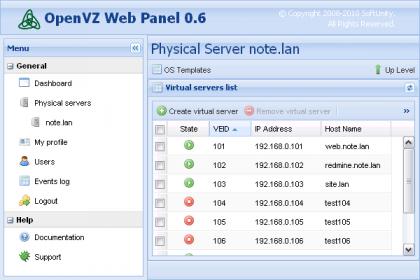 Code openELEC: the best solution for your multimedia station… but it is legal?

We start talking about Kodi. Kodi Kodi is a simple and comprehensive software to transform traditional TV into a SmartTV with all the trimmings. It is an open source software and is compatible or more Read more…

Putting a program in the background with “screen”

Today we talk about screen: a small utility command line for Linux systems. Screen, quite simply, It is able to multiply the terminals at our disposal, to unhook a terminal by its own process and Read more…